Over the past three years, travelers have been making the trek to the small town of Palombara Sabina, about an hour north of Rome, to make pasta with an Italian grandma who goes simply by Nonna Nerina. It started when her granddaughter, Chiara Nicolanti, set up an Airbnb Experiences page. It quickly grew, drawing international press and groups more than willing to take a train ride to Italy’s countryside. Nicolanti even recruited other grandmas in the village to take part, and the additional tourists inspired the mayor to reopen the town’s castle, which had been closed for years.

“And then unexpected arrived,” Nicolanti says over the phone from Palombara Sabina. “And the unexpected was called coronavirus.”

Nicolanti, who runs the business side of the Nonna experience, had to cancel bookings starting in February. COVID-19 has hit Italy hard. First, the northern regions of Italy were shut down, followed by an entire countrywide lockdown. The elderly who are most impacted are some the very people who make the Nonna experience the authentic intergenerational connection that is is. Yet Nicolanti still saw the importance of connecting with people through food. This being 2020, she realized there’s another way and turned to the internet with a new message: If you cannot come to Italy, then Italy will come to you.

The online experience is called Nonna Live. It runs for around two hours and costs $50. Nicolanti sends a simple list of ingredients and tools to pick up (eggs, flour, something to roll the pasta out with), and then sets a time to meet virtually. The time change has proven to be a bit of a hurdle but not an impossible one with a few adjustments. Nicolanti runs the classes on weekdays while Nonna Nerina, who is 84, joins on the weekends.

“When we opened up class and started having some bookings, the most beautiful thing happened,” Nicolanti says. “In two weeks, we had hundreds of messages from all around the world from people who I met once in my life and they text me to tell me we are praying for you, we love you, we hope to see you.” 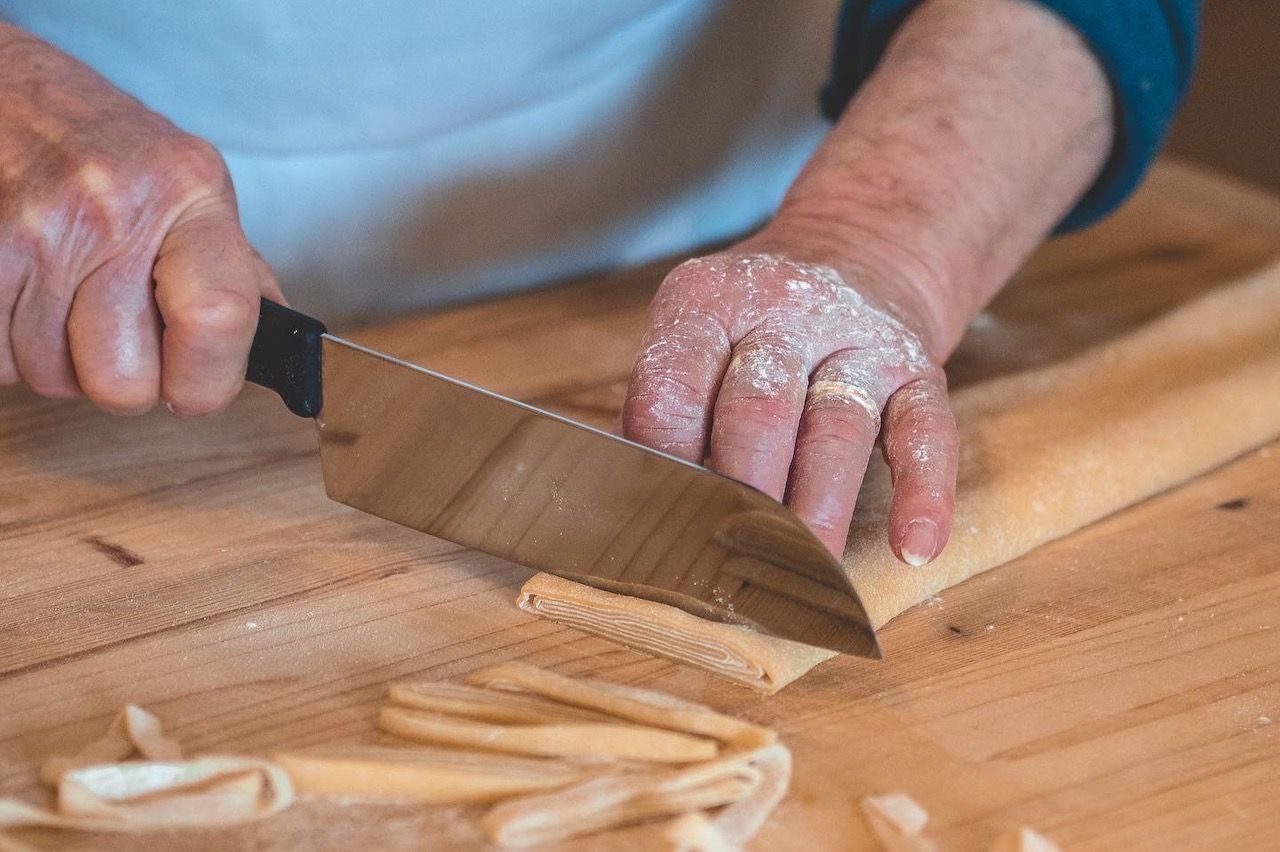 Relationships have been at the heart of the pasta making experience from the start. Three years ago, Nicolanti was pregnant and her life was rapidly changing. Spending time with her grandmother forced her to slow down and realize that traditions were disappearing — especially among younger generations. Nicolanti, who is now 30, says the way people her age pile on work means there’s less time for the much-needed family connection that ties generations together.

Pasta-making lets bonding with your loved ones happen naturally. You’re sharing labor and exchanging knowledge. Simple ingredients are treated with respect and combined by paying close attention to each ingredient’s needs. The dough rests, forcing you to slow down and make conversation. Finally, it all comes together at the table, with a bit of wine of course.

It’s a type of connection based on face-to-face relationships that it’s inherently hard to do over a video chat. But it’s not impossible. 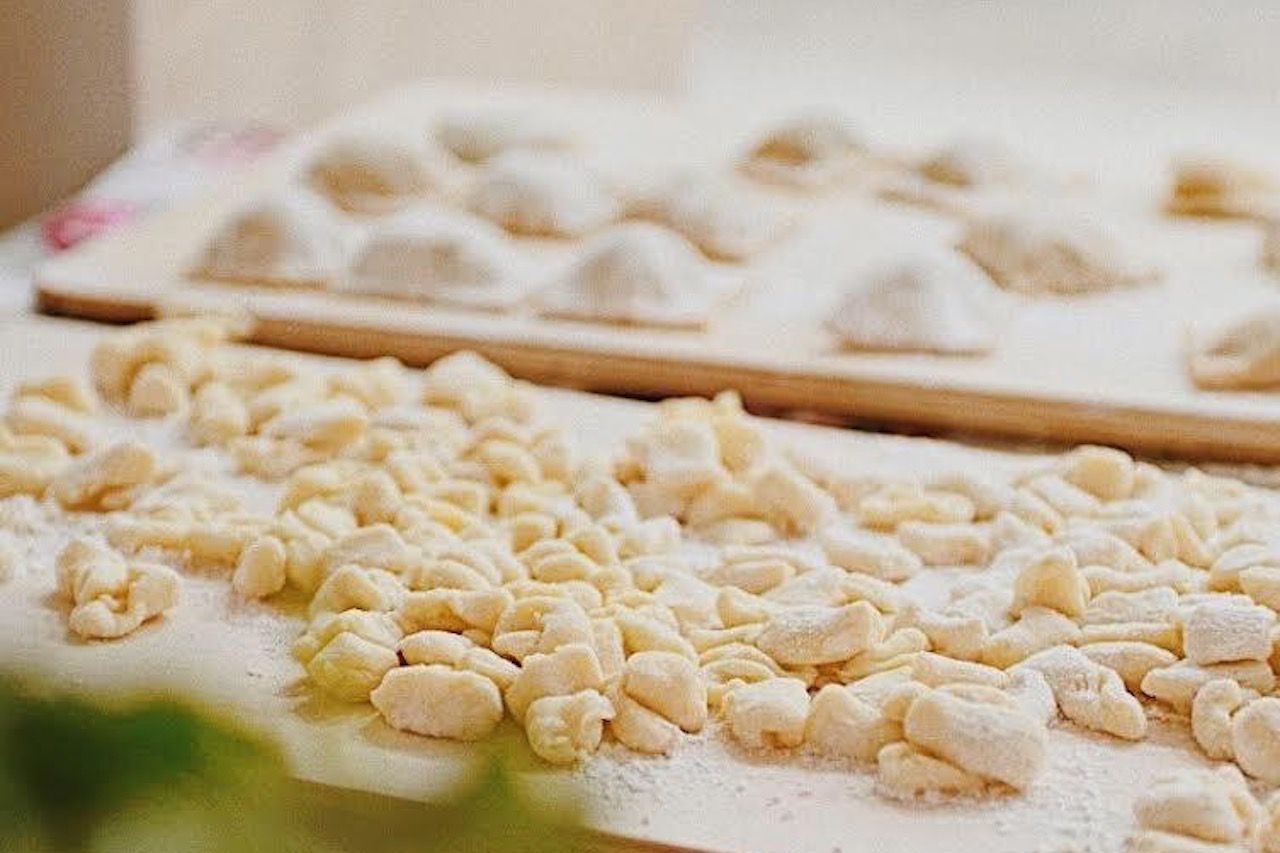 The Nonna Live classes are still an interactive experience, not a video class like you’d find on Youtube. Regardless of whether you’re cooking with Nicolanti solo or with Nerina and Nicolanti together (Nicolanti translates Nonna’s Italian, in addition to helping make the pasta), there’s music, occasional dancing, and plenty of conversation. Though Nicolanti does note that when Nerina is there “it’s messy.”

“The first time trying to let her understand that people could see her and hear her [over video chat] was like, the craziest thing,” Nicolanti says. “It was supposed to be an hour class, and it lasted two hours, and people were laughing all the time. She never stops, she never waits for me, so it was really crazy, but I think this is what people want. They want an Italian grandma making a mess with them for an hour.”

Pasta is easy: eggs, flour, and hand kneading. But it’s also easy to mess up. That’s where Nicolanti and Nerina come in. They’ll tell you when to touch the dough (and, just as important, when not to touch the dough), where to be gentle, and where to massage a little more.

“For the handmade pasta it’s not just the ingredients,” Nicolanti says. “It’s really the hand technique, and it is something that an Italian grandma can teach you.” 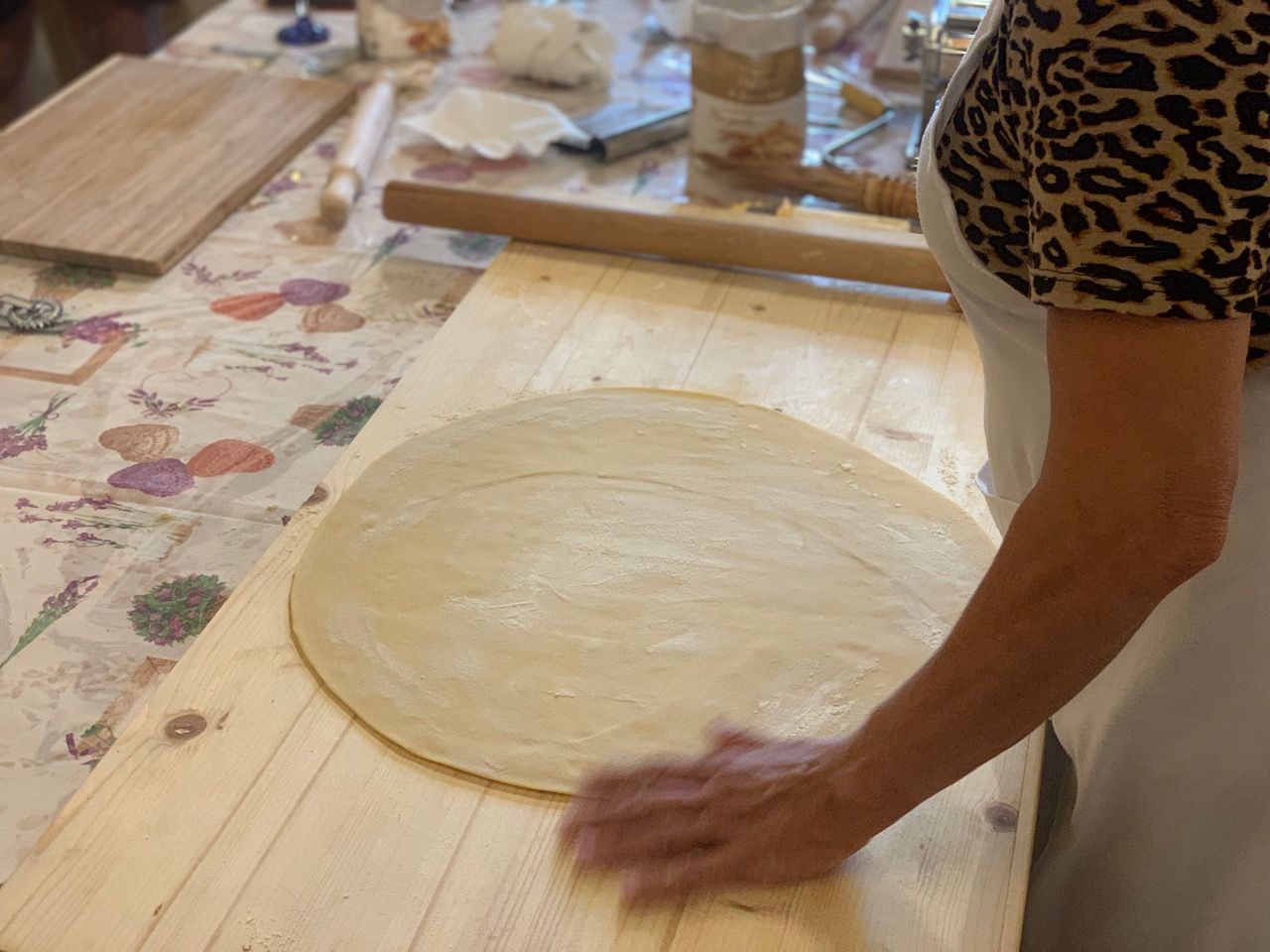 In Palombara Sabina, the online connection has been a lifeline for Nerina and the five other grandmas who used to participate in the Airbnb experience. It was a way to connect not just for the participants learning a new skill, but for grandmas who passed on their stories and experience. People are stuck in their homes (aside from the nightly singing on the balcony), so the other grandmas don’t have this same connection. What they do have is Nicolanti, who shares pictures and testimonials in their WhatsApp group. 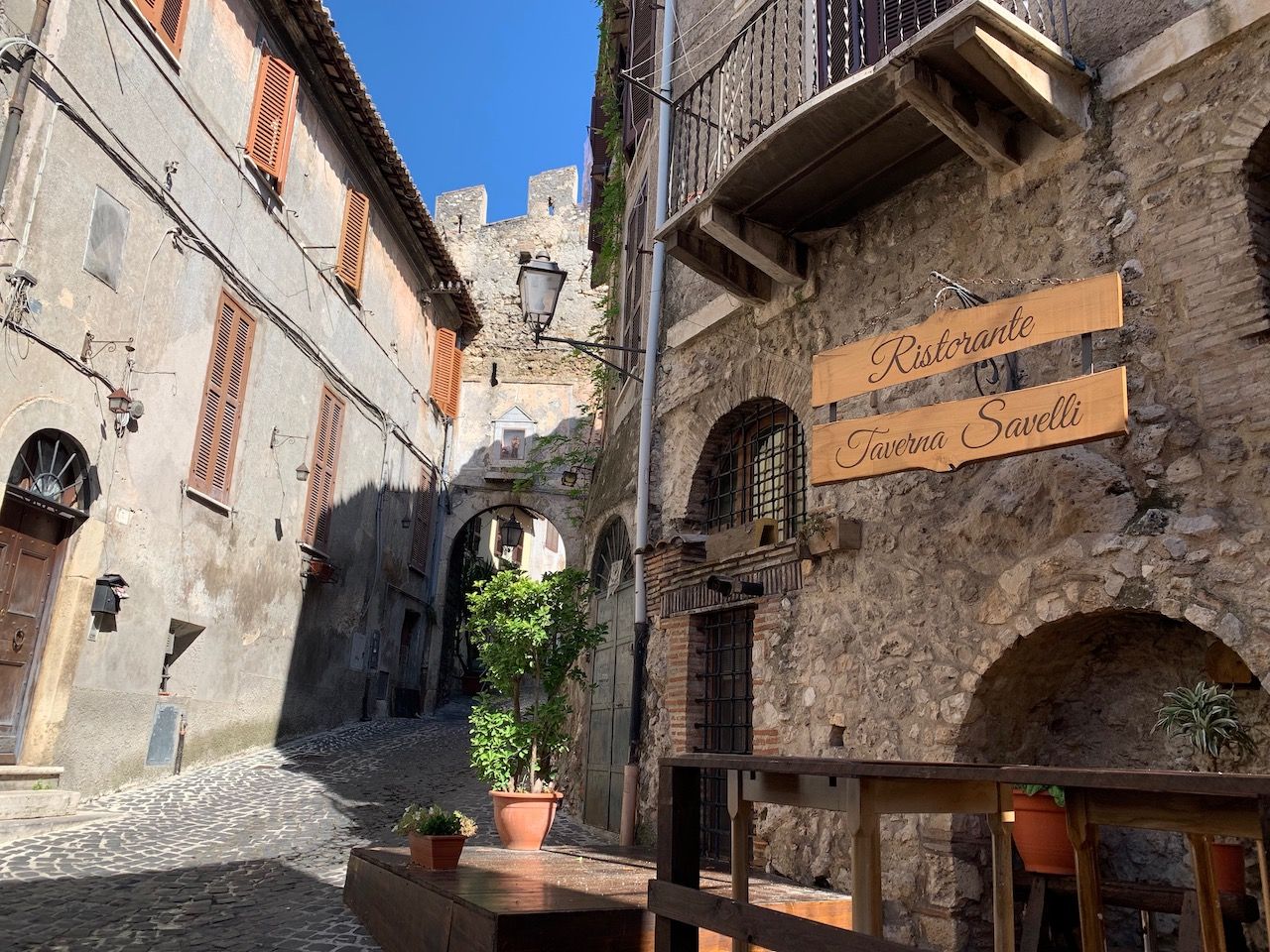 Nicolanti eventually hopes to bring the other grandmas in, but for now, it’s just the four generations of Nicolanti’s family. It’s enough during a time like this. During a recent 1:00 AM experience, Nerina, Nicolanti’s mother, Nicolanti, and her daughter were teaching pasta making online together. (Nicolanti’s daughter was supposed to be sleeping but decided she wanted to play, so “we finished the last part with her playing on the table,” Nicolanti says.)

“I think that this moment is forcing us to stop, and we can use this time to speak and share memories and share traditions and good bites,” Nicolanti says. “I think it’s very important in this moment when everybody is forced to stay alone to not feel solitude.”

More like this: Italians in lockdown in Siena come together in song

The post This Italian grandma is holding virtual pasta-making classes to keep us connected appeared first on Matador Network.